Eleanor Antin Yes, his name was Felix. That's who I want to talk to you about. I want to tell you about Felix.
Ginny Cook The psychological profile of many paradoxical insomniacs is marked by rumination and poor coping mechanisms.
Nicholas Grider I have no tongue. I have dress rehearsal and apology.
Vlatka Horvat AN IMPROMPTU EXIT THAT SURPRISES EVERYONE, INCLUDING THE ONE LEAVING.
Stanya Kahn MAYHEM
Joseph Mosconi 1638 brand-like authorship, nesoi
Jessica Potter He looks with mild suspicion; a shadow crosses his left thigh.
Patricia Reed The work of love emanates from overabundance, as surplus to a situation, giving the present a speculative future, a future bursting all models of probability.
Robert Russell Robert E. Russell, 90, entered into eternal rest on Sunday, February 2, 2014, at the home of his son and daughter-in-law, Gerry and Cathy Russell.
Kim Schoen Are there bricks in your backpack? Did you pack lunch? Are you, are you feeling dizzy?
Frances Stark At a certain point I opted to climb inside and try and grasp a useful understanding of the misogyny that I had been joyously and shamelessly consuming.
Jesper List Thomsen Maybe you prefer the apples at that supermarket. They look riper, less battered—not more perfect, less battered. 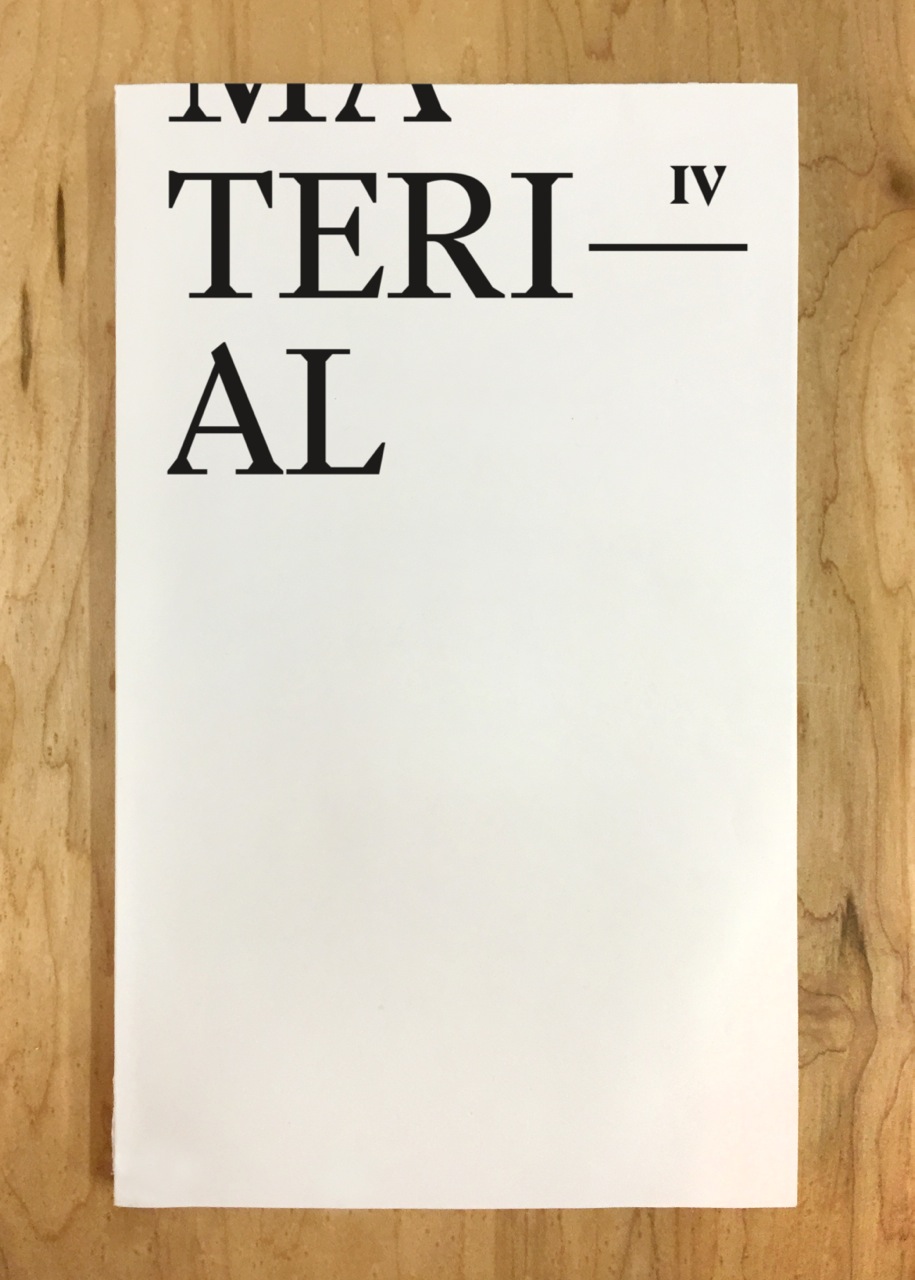 Eleanor Antin works in video, film, photography, performance, installation, drawing, and writing. One-woman exhibitions include the Museum of Modern Art, the Whitney Museum, a major retrospective at the Los Angeles County Museum of Art, among others. She has been in many major group shows around the world, among them the Beaubourg, the Tate, and Documenta 12. As a performance artist she has appeared in innumerable venues, including the Venice Biennale and the Sydney Opera House, and her work is represented in major collections, including the Museum of Modern Art, the Whitney, Tate Modern, Art Institute of Chicago, LACMA, the Loeb Family Trust, the Beaubourg, etc. She has written, directed, and produced many films and videos, among them the 1991 cult feature film “The Man Without a World” (Berlin Film Fest, USA Film Fest, Ghent Film Fest, London Jewish Film Fest, etc.). She has written several books, most recently “Conversations with Stalin” (Green Integer) and has been the subject of numerous monographs and catalogues. Antin is the recipient of many awards, among them a Lifetime Achievement Award from the Women’s Caucus of the College Art Association and an honorary doctorate from the Chicago Art Institute. She is represented by the Ronald Feldman Fine Arts Gallery in NY and is an emeritus Professor of Visual Arts at the University of California at San Diego. She is presently completing a new memoir by her ballerina persona, “An Artist’s Life, by Eleanora Antinova.”

Ginny Cook received her MFA in Photography and Media from the California Institute of the Arts in 2005 and her BA in Art History from Emory University in 2000. Selected exhibitions of her work include daemon, Reed College (Portland, OR, 2014); Yesterday Amphoric: Ginny Cook, Rosemary Mayer, David J. Merritt, Regina Rex (New York, 2012); Telephone, Torrance Art Museum (Torrance, CA, 2011); and Complicity: Contemporary Photography and the Matter of Sculpture, Rena Bransten Gallery (San Francisco, 2009). Cook is also the co-founder and co-editor of MATERIAL. Her writings and photographs have been most recently published in Public Display #5 (2014), daemon (2014), Dirt: Slake Issue No. 4 (2012), and MATERIAL Issue Two (2010). Cook lives and works in Los Angeles.

Nicholas Grider is an artist who has shown his work internationally and is the author of story collection Misadventure (A Strange Object), which was longlisted for the Frank O'Connor Prize and nominated for The Believer Book Award; the experimental/visual book Thirty Pie Charts (Gauss PDF); and a chapbook forthcoming in 2015.

Stanya Kahn is an interdisciplinary artist working primarily in video, with a practice that includes drawing, sound design, writing, and performance. Humor, pathos, and the uncanny emerge as central modes in a hybrid media practice that seeks to rework relationships between fiction and document, the real and the hyper-real, narrative time and the synchronic time of impulse. Recent solo exhibitions include shows at the New Museum/NY, Pigna Projectspace in Rome, Susanne Vielmetter Los Angeles Projects, and the Cornerhouse in Manchester, where she exhibited a survey of works from 2008 to 2012 with accompanying monograph. Kahn is a 2012 Guggenheim Fellow in Film/Video. She has collaborated with Harry Dodge, Ishmael Houston-Jones, and the performance company CORE. Solo and collaborative works have shown in The Whitney Biennial (2008), The California Biennial (2010), MoMA/NY, MOCA/LA, The Getty Center/LA, the Hammer Museum/LA, the Sundance Film Festival, Migrating Forms Film Festival/NY, the Center for Art and Media/Karlsrühe, PS1 Museum of Contemporary Art/NY, Susanne Vielmetter Los Angeles Projects, and Elizabeth Dee Gallery/NY, among others.

Joseph Mosconi is a writer and taxonomist based in Los Angeles. He co-directs the Poetic Research Bureau and co-edits the art and literature magazine, Area Sneaks. He is the author of Fright Catalog (Insert Blanc Press, 2013) and Demon Miso/Fashion In Child (Make Now Press, 2014). His writing has appeared in Triple Canopy, Fillip, Abraham Lincoln, and other journals.

Jessica Potter is an artist who lives and works in London. She earned her BA at Goldsmiths College in London and her MA at Camberwell College of Art. She has recently completed a PhD by practice at the Royal College of Art. Her research focuses on the relationship between words and photographs, with a particular interest in the work of Gustave Flaubert, Walker Evans, and George Perec. She has recently published writings in Gnommero, edited by Sarah Tripp, 2HB, and MATERIAL’S Limited Edition Project Space, and has presented her research at Five Years Gallery, Spike Island, Bristol, the RCA, the ICA, and Leeds City Art Gallery.

Robert Russell (b.1971) is a Los Angeles based painter who earned his BFA from Rhode Island School of Design and his MFA from California Institute of the Arts. He has had solo shows at Francois Ghebaly Gallery and Anna Helwing Gallery in Los Angeles. His work has been included in group exhibitions in New York, Paris, Palm Beach, and Portugal. Robert Russell’s work has received critical acclaim from writers such as Jan Tumlir (Artforum), Christopher Knight (LA Times), and Holly Meyers (LA Times).

Kim Schoen received her M.F.A. in photography from CalArts in 2005 and her Masters in Philosophy from the Photography Department at The Royal College of Art in London in 2008. Select exhibitions of her work include Objective Considerations in Contemporary Phenomena (MOT International, London, 2014), Stupidious (South London Gallery, London, 2014), Unsparing Quality (Diane Rosenstein, Los Angeles, 2014), A Voyage Around My Room (Norma Mangione Gallery, Turin, 2010), and Trust Fall (The Whitechapel Gallery, London, 2009). Recent publications include "The Expansion of the Instant: Photography, Anxiety, Infinity" in X-TRA Contemporary Art Quarterly (Vol 16, No 4), for which she did a public talk at Archive Kabinett in Berlin, 2014, and "The Serial Attitude Redux" in X-TRA (Vol 12, No 2). Kim is the co-founder and co-editor of MATERIAL.

Jesper List Thomsen is an artist based in London.