Adam Berg Cosmic Memory is comprised of all forms of memory The Cosmic and the Metabolic
Ellen Birrell Big Mac slowly levitated, hovering foursquare above the ground
Ranch Tales: Big Mac's Last Ride
Ginny Cook Today kudzu is also used as a treatment for alcoholism, as jelly for toast, and as powder to thicken gravy Some Notes Toward Plants
Maria Fusco me: It's Dark.
me: What a piece of work is man! The Personal Game
Jesse Aron Green He lands among the corn on his forearms, which serve to shield his face. Better, he thinks, but lacking in abandon. Four Deaths, Self-Inflicted
Daniel Hockenson Lessee shall always be in possession of a current newspaper so, should Lessee decide to sit and read, Lessee shall appear productive. The Administrator's Loop Lease Agreement
Jonathan Miles We are both experiencing the testing of a limit (a condition of infinite openness) within a general economy that renders works flaccid The Dazzle Of The Last Image
Regine Petersen Pondering on the situation and on life, my godfather told me in Low German dialect, "De Körper is ja wie Plünnen" (The body is like rags). An Unknown Route
Kim Schoen the medium complete, the medium finished, the middle complete, the unfinished finished, the median way, the sort-of typology, the fragment (but not really), the average complete The Moyen Complet
Emma Shercliff In undoing the work, you reveal the work that was done Monologue (2008-2009)
Jesper List Thomsen Only the visionary will discern it
Only the swift will seize it
Only the strong will secure it
Only the majestic will dominate it Desert Dear Desert 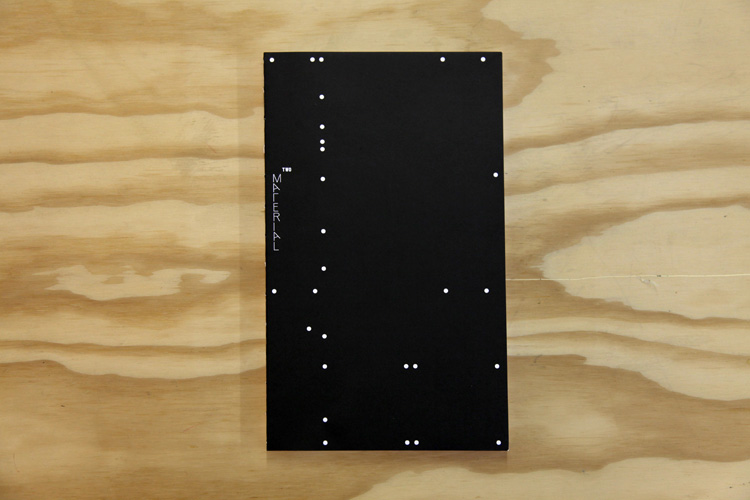 Adam Berg is an artist based in Los Angeles. His recent monograph Adam Berg (Charta, 2008) was published in conjunction with a one-person show, Archipelago, at the Tel Aviv Museum of Art. He studied art at Academia delle Belle Arte, Rome, Architecture at the University of Toronto and holds a PhD in philosophy from the University of Haifa, Israel. He is an adjunct faculty in the Liberal Arts and Sciences department at Otis College of Art and Design and in the Critical Studies department at Cal Arts.

Ellen Birrell is an artist and lemon farmer. She is one of the founding editors of X-TRA, a quarterly journal of the visual arts based in Los Angeles. She lives in Santa Paula, CA.

Maria Fusco is a Belfast-born writer, editor and academic based in London. She is the inaugural Writer-in-Residence at Whitechapel Gallery, London and also the inaugural Critic-in-Residence at the Kadist Art Foundation, Paris. She is Director of Art Writing at Goldsmiths, University of London, and the founder/editor of The Happy Hypocrite, a journal for and about experimental art writing. She is currently working on Sailor, a novel about a monkey and a Browning Hi-Power pistol, and organising two forthcoming events, Volatile Dispersal: Festival of Art Writing at Whitechapel Gallery (November 2009) and Cosey Complex at the Institute of Contemporary Arts (March 2010).

Jesse Aron Green received his MFA from UCLA and his BA from Harvard University. For 2008/2009 he was an artist in residence at the CCA Kitakyushu, Japan as a Henry Luce Foundation Scholar. His recent exhibitions include a project in the Oil Tanks at Tate Modern.

Daniel Hockenson is a writer and artist living in Los Angeles. He is earning his MFA in Critical Studies from the California Institute of the Arts.

Jonathan Miles is a painter and writer, as well as a Lecturer at the Royal College of Art in London. His work has been shown at DomoBaal, London, and Working Rooms, London. He has recently written the following essays: Gestures between Worlds: The Art of Haris Epaminonda; Vapour: The Art of Daniel Gustav Cramer, Honey UNDO, and A Flash of Intensity: Mustafa Hulusi for Next Level.

Regine Petersen was born in Hamburg and lives in London, where she received her MA in Photography at the Royal College of Art in 2009. Exhibitions of her photographs include House of Photography in Hamburg, Kunstverein Stuttgart and A Foundation in London. Her work has most recently been published in Camera Austria.

Kim Schoen is an artist and writer whose work explores the concept of repetition as the site or force that disrupts and reveals. She received her MFA in photography from CalArts in 2005 and her Masters in Philosophy from the photography department at The Royal College of Art in London in 2008. Recent exhibitions of her work include The Awful Parenthesis, (Cirrus Gallery, Los Angeles), A Series of Catastrophes and Celebrations (Bank, Los Angeles). Her essay on seriality is featured in the December 2009 Issue of X-TRA Contemporary Art Quarterly.

Emma Shercliff is a stitcher and writer. She currently lives and works in London, where she combines lecturing with studying for a PhD at the Royal College of Art.

Jesper List Thomsen was born in Denmark in 1978. He received a BA(Hons) in photography from The University of Brighton in 2004 and a MA in fine art from The Royal College Of Art, London, in 2007. His work has been exhibited and published internationally. He lives and works in London.