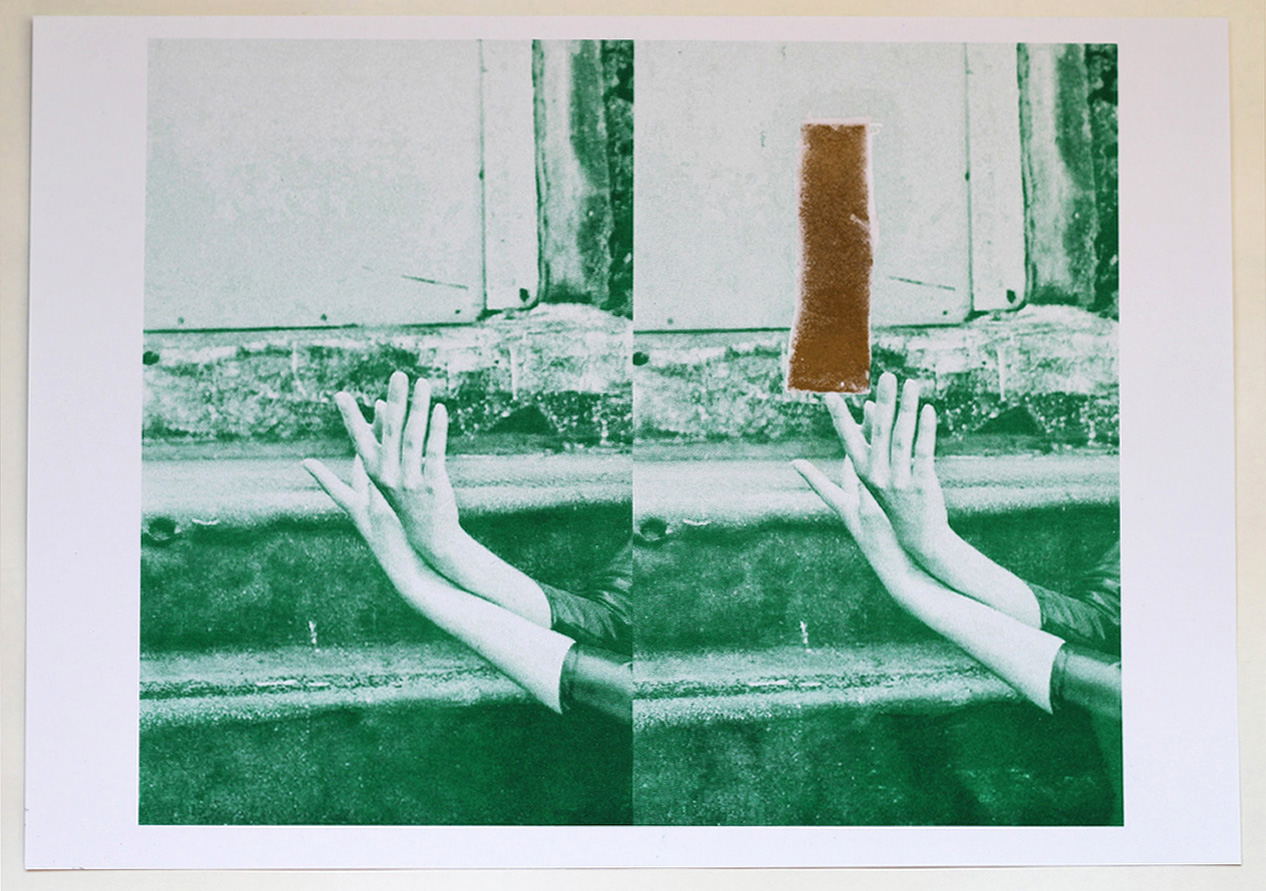 The house of inspection
The objection takes place in a tungsten-lit room when it is dark outside. It begins when everyone is seated, arranged at a central table. The chairs are forceful and once in position the participants feel a crushing burden to abide. They—nameless, masked and dressed in black—have circled to unwind the object and the object’s subject. This is the point where the subjects object. Within these walls, in seclusion, a drama is to be enacted. They have gathered to present and debate a paradox: the paradox of the relationship between an object [its constituent components] and its history and effects [the story or plot attendant to its existence and consistency]. All at this point are pragmatists—they have answers and believe that solutions probably exist. One member stands to define the conditions for the animation of a material object in words. He contributes that writing should start with the object. That language—visceral in its description—should inhabit the object. He believes that the rhetoric which presents the object is what gives it a life in reality. That the ritual that narrates the story constructs the object. But there are objections. And the objections build; they build and build to fuel the thick coal smoke above their social ritual.

They have come together to discuss a leftover object a—the hole at the centre of the symbolic order—The Tear. Perched on a metal shard (its handle), The Tear is immortalised in wood and coated in silver. A gem-like object, an opal. Fixed, formal, yet brittle and faceted. Object a is an object of comfort, it can be held when feeling panicked or used to focus and calm the eye. Understanding The Tear as a representation of its original existence, the group ask, How might an object be written and what might it look like?

One man, seated at the back of the table, holds The Tear between the fingers of this right hand. Transfixed by the object, he has contributed very little to the debate. Large blotches of colour are surfacing on his face—signifiers of frantic pulsations inside his character. His unvoiced thoughts are exhausting the whole content of his soul. If someone were to ask him his own name or any trait of his life until this point, he would not be able to answer. But, let it not be said, that he is not engaged in the question. He is deeply engaged, if silently, and the thoughts which occupy him are not impossible, though they are mystical. He wants to narrate an object: he wants to narrate every facet and insert it into reality. The group discuss how stories attach to objects, but his magical project seeks to work backwards: he wants to narrate an object into concrete existence. And then keep it. There are many problems confronting this individual. It is important to remember that the possibility of magic intervention is always present in the mind of believers, that it is human and natural to hope for material benefits from the enactment of symbols. He thinks—and how privileged we are to hear it—when a person collides with object a, does he agree to a contract for life?

He imagines that the effort to mold the complex and unstable matter objects are made of is the most arduous task a person could undertake. Initial failure must be inevitable. He knows that he would gradually forget the dreaming that led him to this enterprise and so he seeks to establish a more stable method to fabricate his object. Before putting anything into effect, he decides to dedicate the rest of his time in this room to replenishing the thoughts he has wasted. He is quick to abandon any stories that begin to play out in his mind and, almost at once, his right hand unclenches and releases The Tear. It snaps and the fractured pieces fall towards the floor. Before they reach the floor the constellation of shards find a point at which to hover. His eyes, now bright, look on in amazement. The capacity for controlled perception and the telling of it is already failing him. The Tear continues to hover. It is not reducible downwards to its pieces and it is not reducible upwards to its effects. Having neglected to blink, his unrelieved eyes stream a remedy of salty water. Tears—he’s felt them before. As they dampen and cool his face, he forgets his decision to resist the tales tied to existing things and begins to dream all the qualities of salt water. And the pieces drop to the floor.

He sees an aerial image of a ship marooned on icy waters. His view pans down to take in the upturned faces of the men waiting on the deck. They stand behind a large map, repeatedly repositioning it in an attempt to establish their location. He struggles to read the area of land and sea that is mapped on the paper. His failed attempts slowly translate and he begins to narrate a tool. A shard of light above the map shivers a cone of bright metal into focus. With minute detail, he thought it.

A plump-bob, the size of a die, written into the scene by the man, with the ability to dictate the site.

At noon, the ship is 50 nautical miles due west of the lighthouse. Each moment he perceives the object with greater clarity. He does not touch it, but limits himself to witnessing it, observing it, correcting it with his eyes. He perceives it from many distances and many angles. Until eventually, he eases the weight of it with the palm of his hand. The sharp point impresses his skin leaving white dots to fade in its trace. Its presence tickles and excites him. His examinations advance, each one more daring than the last. He strokes the axis, feeling its smooth precision, its quality for balance. He enjoys the dense, cold weight of it when he firmly encloses it in his fist. Certainly his object is something. It is solid and it has meaning. Gradually, he accustoms the object into reality.

The man’s object is sharp. With one neat tear the whole of his middle is visible. Quick to recede to his insides, the object rapidly illuminates indivisible bright and dark aspects of the same face. A squirming self-consciousness causes him to use the tips of his fingers to quickly tuck the cone away before anybody witnesses the subject he has written (his desire, his feeling, his irrational, his intuition) and his act of looking. Although he admires the people who are more than one thing, he has no desire for this shifting mirror to start running amok, to begin staging a play of the chaos of his own mind. And so his object of desire recedes to his pocket. The man gathers himself and resumes his position in the group. But he now looks distinctly uncomfortable with his ritualistic surroundings and moves with a tear in his pocket and a cone-shaped hole in his stomach.

The hole in his pocket sets down the shape of the cone it had carried. Momentarily the man is relieved of the power of the object and the grey coal cloud above, which had been rising and falling, disperses. He freely walks and talks. He kneels, he stands and sits. But he does not say what he has been thinking and instead leaves the house of inspection.

Laura Edbrook is an artist and writer based in Glasgow, Scotland. She received her BA (Hons) from The Glasgow School of Art in Sculpture & Environmental Art (2005) and an MFA from Edinburgh College of Art in Visual Culture (2011). Her works include The Copyist; Sky blue and yellow, The Changing Room, Stirling; Degree less Noon, Edinburgh Sculpture Workshop, Edinburgh; A Solution for the State of Disappointment, 2HB, Glasgow. Bookworks include Degree less Noon, published by Edinburgh Sculpture Workshop and The Black Merkin, published by Collective gallery, Edinburgh. She co-produces MAP, a commissioning and publishing project based in Glasgow, Scotland, and teaches at Edinburgh College of Art, The University of Edinburgh.