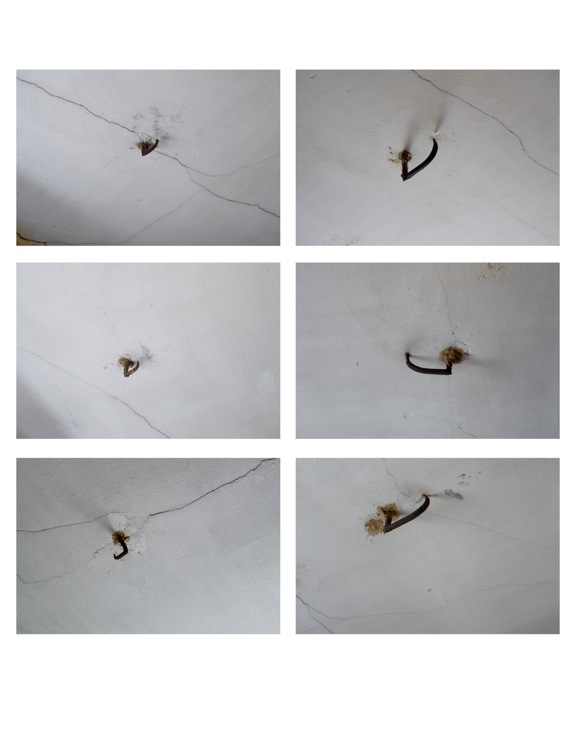 I was an ardent Wyeth fan when I was 15. I loved his mixture of precise verisimilitude and reckless abstraction, his intense attachment to these two specific places, his limited, virtually monochrome palette, the care with which he rendered the visible world. But a few years later I discovered contemporary art and put away my watercolors and my attraction to Wyeth’s work.

About 5 years ago I began to think about Wyeth again. I knew that I needed to go to the actual places he worked and make my own photographs there. When you go to Wyeth places, an unsettling phenomenon occurs. You see the paintings before you in pieces, fragmented, with more things Wyeth removed and reordered in painting. But the place is distinct and still the same place in the painting.

Writing about William Eggelston’s work, John Szarkowski wondered if the places Eggelston worked could themselves be the work. He answered no, because Eggelston does something alchemical to place in his photographs. While it seems hard to disagree with this argument—what would happen if place were the work; if what we do is to make rubbings from places?

I was just in Chadds Ford photographing the Kruerner Farm where Wyeth made over 1000 works from the late 1930’s until the 1990’s. I spent two days photographing the surrounding landscapes, the farm house and the house interior. In the Kuerner house, what attracted me was the strange top floor room that was used for drying clothes, herbs and meat. Pounded into the plaster ceiling are a half dozen iron hooks to hold various ropes and handles. The hooks look like sleigh runners, or ominous, torqued typographical forms. Wyeth painted an astonishing portrait of Karl Kruerner below one of these hooks in 1948. When you are in the room you realize Wyeth must have been laying on the floor to make the painting as the ceilings are so low. For his interior temperas, Wyeth frequently worked on them in the actual spaces depicted. In this top floor room, you can still see Wyeth’s paint splatters on the wood floor near where he worked.

"Hook" is the first image from a new body of photographs on Andrew Wyeth.

James Welling was born in 1951 and he received his BFA and MFA from Cal Arts. Beginning in the mid 1970's he began to work extensively with photography. In the 1980's Welling's work was associated with the "Pictures Generation" in New York. In 1995 he moved to Los Angeles to head the Photography Area in the Department of Art at UCLA.