Inside the Meditation House
(2008) 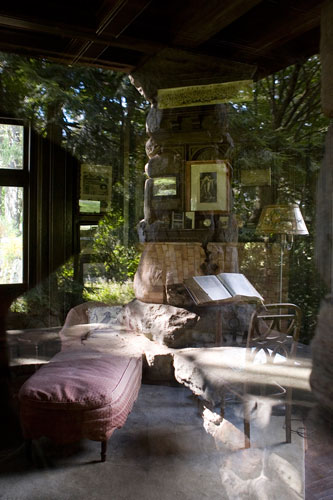 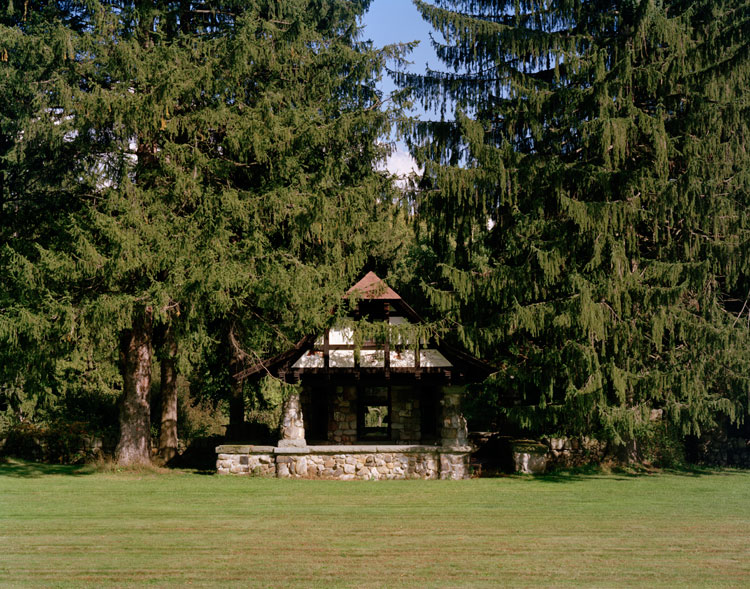 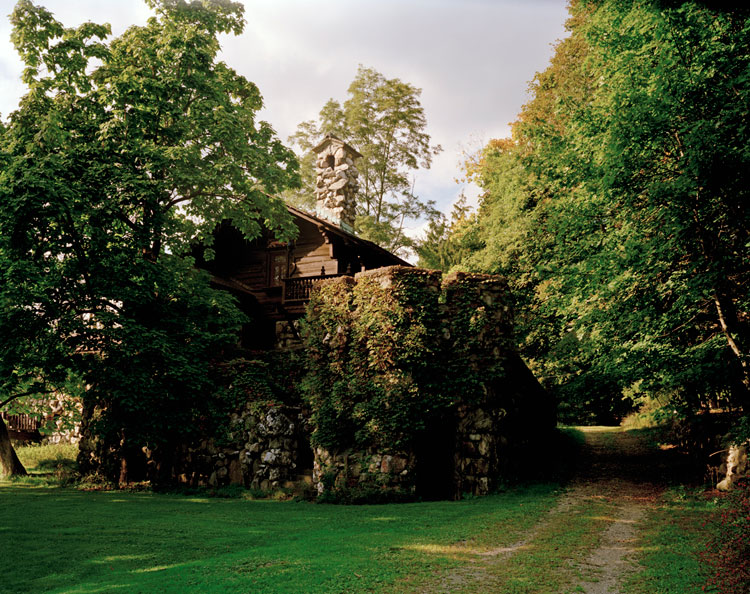 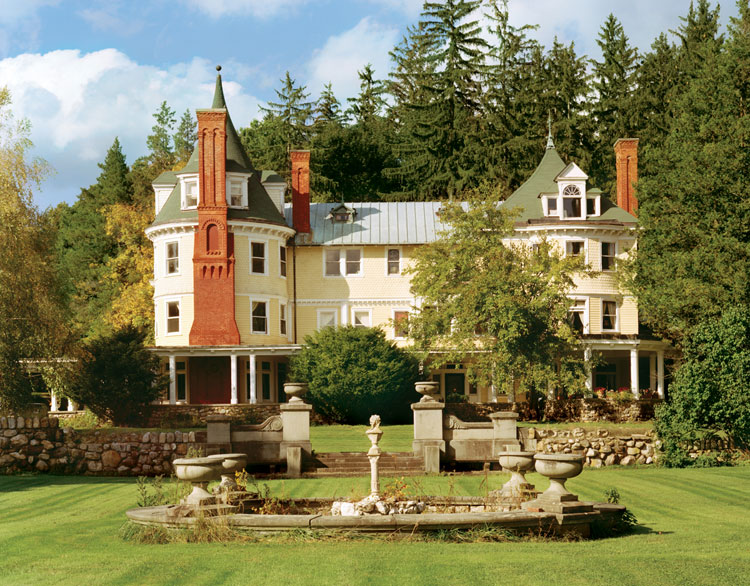 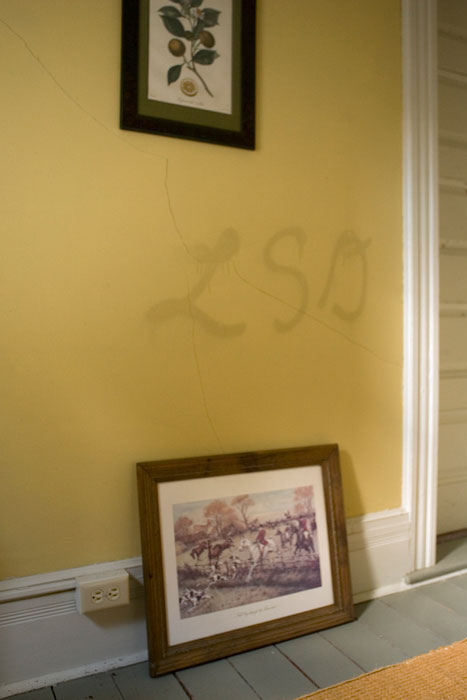 “…in Castalia he had a facsimile of what Huxley had dreamed of in Island: a stable, mentally enriching environment detached from the stresses of the modern industrial state.” —Jay Stevens, Storming Heaven

In 1963, having just been thrown out of Harvard, Timothy Leary was presented with the opportunity to create a world of his own in Millbrook, NY. Peggy Hitchcock, a Mellon family heiress offered up the estate that her brothers had just bought as a tax shelter: five square miles, with numerous buildings, woods, orchards and ponds in Dutchess County, about 90 miles north of New York City.

Here, Leary founded a research center of sorts, dedicated to opening Blake’s doors of perception for a new generation. Life centered around The Big House, a sprawling Victorian with worn red carpeting, gold-ceiling rooms, spontaneous shrines and psychedelic wall paintings. The gardens were shaped like the sun and the moon.

The weekend house parties became notorious, attracting at times a hundred people. There would be film projections in the “sacred grove” woods, big family dinners, LSD sessions and the ongoing attempt to “break set”—i.e. the attempt to rid oneself of cultural mores.

A revolving cast of characters from New York City’s cultural and intellectual center participated: Charlie Mingus, it is said, could be seen pruning the rose bushes. And Maynard Ferguson, playing trumpet on the roof -- his wife Flo and 5 children eventually residing in the gate house. Alan Watts contributed readings from the Tibetan Book of the Dead. And Allen Ginsberg leafed through the I Ching in the Meditation House.

Almost scientific in their approach, Leary and his co-conspirators sought to create a haven for “ontological adventures” where people would be free to experiment with new codes of living. The goal: a state of higher consciousness.

That spell ended in 1966, a sea change year, when attitudes towards the psychedelic movement darkened. Castalia was raided one night by Dutchess County’s Assistant District Attorney (and former FBI agent), G. Gordon Liddy. Leary was soon facing a 30-year jail sentence, and LSD was criminalized.

Millbrook was a mystery when I first started researching the estate. I couldn’t even find it on a map. Eventually I tracked down the current caretaker, who has been living there for the past 25 years. A hunting enthusiast (Millbrook is the Beagle capitol of the world), and lover of the estate as historical property, he’s not much interested in its past incarnation. Nevertheless, he invited me to visit and tour the estate.


The house has been restored to its early century life. Gone are the painted mandalas, the room-corner shrines, and the interlocking triangles painted on the chimney. All, except for one trace, in a solitary back bedroom, the letters L-S-D bleeding through the layers of paint and years. And further, past the Bowling Alley and deep in the woods, the gates to the “sacred grove” remain open.

Kate Glicksberg is an artist, photographer and self-publisher, specializing in landscapes and travelogues that document nature in the urban ecosystem. Her work has appeared in solo and group gallery shows in California and New York; it can also be seen in the eighteen photo-'zines she has self-published since 1998. Her commercial and editorial work has appeared in venues as diverse as the New York Times and MTV. She received her undergraduate degree from Carnegie Mellon University and earned her MFA at CalArts in 2005. She currently resides in Brooklyn where she spends her time photographing the forgotten pockets of nature in the Five Boroughs.